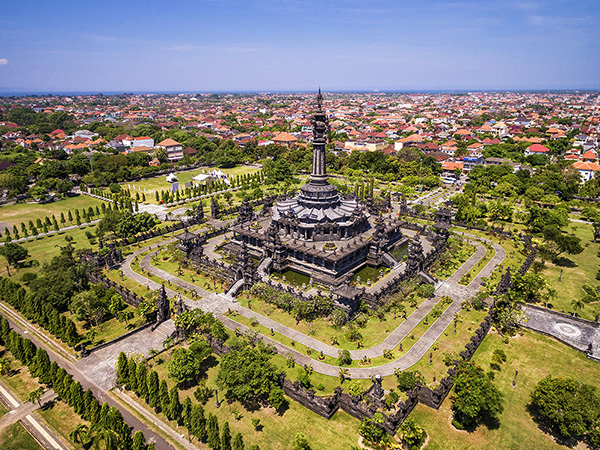 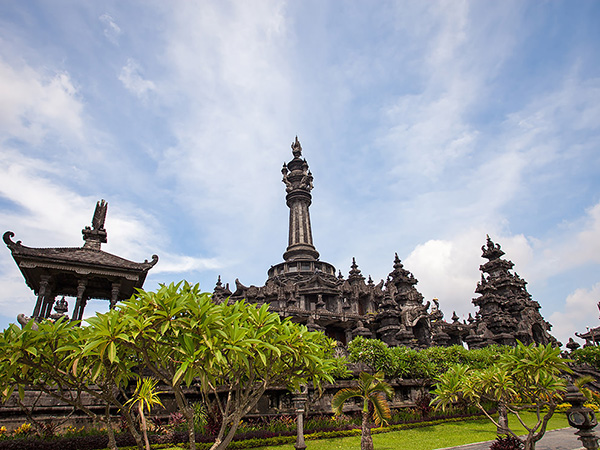 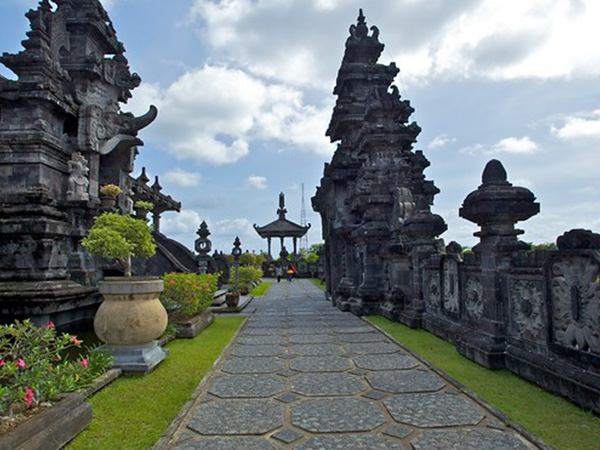 The purpose of Bajra Sandhi Monument is to immortalize the soul and spirit of Balinese People struggle, at one blow dig, looking after, developing and also preserve the culture of Bali to be bequeathed to a router generation as advancing capital stroke tread a world of loaded progressively with the challenge and resistance.

Bajra Sandhi Monument is comprising of 33 diorama depicting the journey history from a period of prehistory (300.000 S.M) what its human being still go about and very base on the nature until the period of filling the independence (1950-1975) where Bali Island is built in all areas like politics, economic, and social cultural. By knowing and comprehending of the journey history, soul, and spirit of Bali People struggle from time to time, it is expected the tighten of the spirit and cultural to increase Bali tourism.

The Building of Bajra Sandhi Monument

The existence of physical building is strongly relating to the meaning of Hinduism philosophy, namely Yoni colossus. Bajra Sandhi Monument is likely colossus device meanwhile the building base as yoni. From other side, the Yoni colossus is also describing the story of twiddling Mandhara Giri at Ksirarnawa which is taken away from passage of Adi Parwa (Hindu's Book).

Jar of Amertha symbol by Kumba (a kind of pot) what is seen on the top monument.

Bajra Sandhi Monument in its development, it has been opened for visitor and to be places of interest or tourist destination in Bali in particular when visiting Denpasar town. You may also join Bali Denpasar City Tour Package to visit this beautiful place.