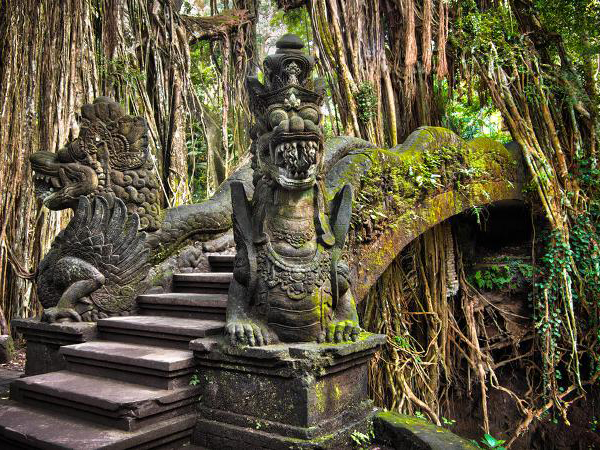 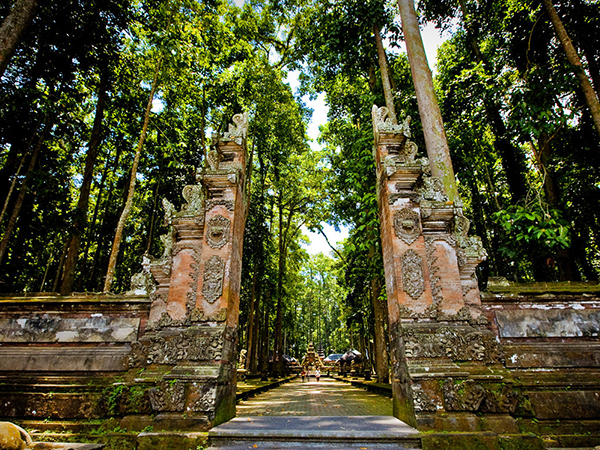 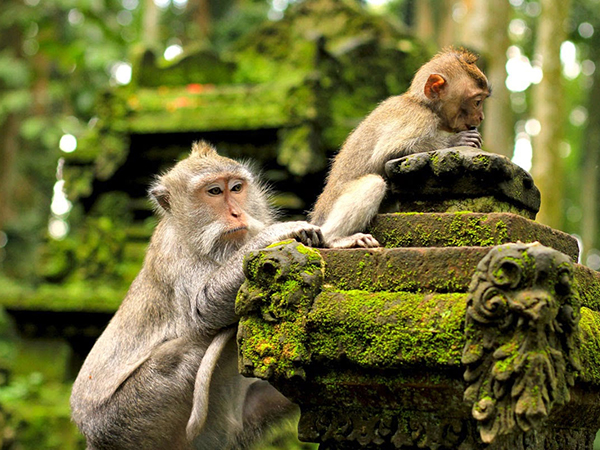 Bali Ubud Monkey Forest is a small rain forest dwelt by some group of monkeys and other tropical animals. It is strategically located in the hearth of Ubud Village. Monkey Forests in Balinese language called Wanara Wana are spread out in the island and Ubud Monkey Forest itself own very important function of the continuity the monkey habitat in Bali. Meanwhile the local community own important role to keep this forest naturally in order to all wild animals able to live smoothly.

The sacred sanctuary of Monkey Forest is located on the southern border of Ubud town around 3 kms south of central town with a leading road also with the name of Monkey Forest. The site can be reached by many sides besides from central town of Ubud, from eastern corner of Ubud and from southern area of Ubud. The distance from Kuta is around 1.5hours and 45 minute from sanur.

The Sacred Ubud Monkey Forest Sanctuary serves not only as an important component in the spiritual and daily life of the villagers, but is the site of several research and conservation programs. The maintenance and management of special place like this attract the attention of researchers from all over the world, especially the interaction between human beings and the monkeys of this sacred place are subject to surveys and research studies.

Ubud monkey forest is dwelt by 200 monkeys, pertained to long tail inclusive macaques or macaca fascicularis group which owns the wide disseminating area. All the monkey in this forest consisted of three groups dwell certain area and use the certain place and certain time. However, italso happened that entire group can use the forest and whenever two groups are existing at same place and time, the will fight each other. These monkey are believed as godsguard of dalem agung temple. The hindu temple exist in the middle of forest. There are three holy temples in this monkey forest and those are existing surround the forest and it is estimated built in the middle of 14 century, in early governance of gelgel dynasty. Dalem agung temple is located in northwest from the forest represent the existence of most important temples. Beside of two others, that are permandian temple, in Westside from this forest and prajapati temple which is locatedin south-east side where the place of Dewa Siwa (Siwa God) , one of the khayangan temple in padang Tegal Village.