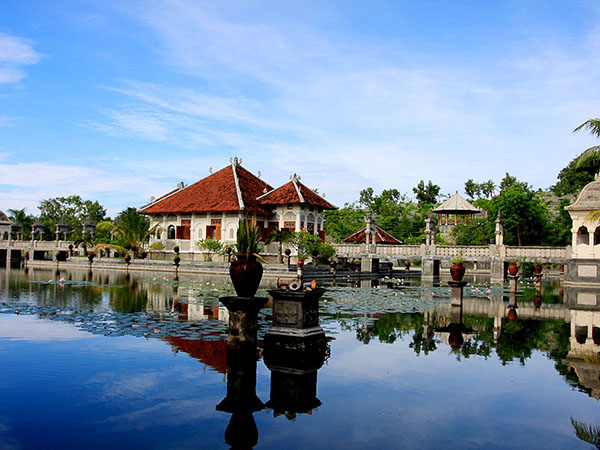 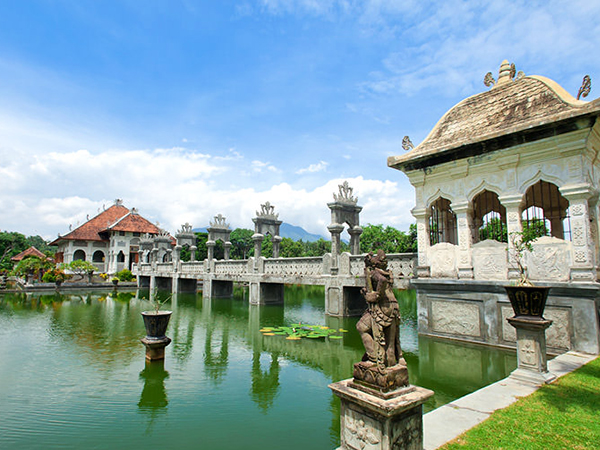 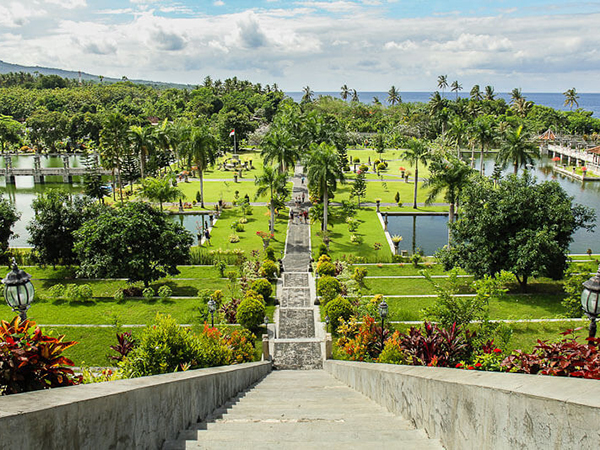 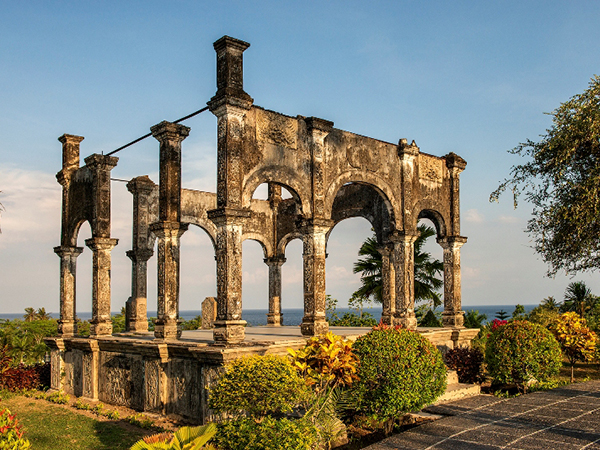 which by the local people is called as Taman Soekasada Ujung, was built in 1919 the launching of this complex of water palace was performed in 1912 and inaugurated in 1921 by the King of Karangasem which at first used for resting place and for entertaining important guests such as kings or the Chief Executive foreigners who visited the kingdom of Karangasem.

Taman sukasada or sukasada park with big fish pond surrounds the old Karangasem Empire heritage building which is used by the Karangasem's King for day relaxation or meeting place in their era. It is located in Ujung Countryside about 5 Km from Amlapura town. This park is originally met one pool only which is very Ghostlike and very secret called by Di Dirah and this pool at the period of I Gusti Gede Putu King (1849-1893) governance with his brother of Gede Oka (1849-1890) that the around of this pool is functioned as place of exile for the man who alleged to run the black magic (leak). At the period of I Gusti Bagus Jelantik governance which start to lead the Karangasem Kingdom in the year 1909, this pool area is extended and developed by some pools and also luxury building Bale Gili with European style (modern style), later then it is given the name called Taman Sukasada / Sukasada Park Ujung Karangasem and known as a Ujung Water Palace, that is estimate made in the year of twentieth.

Ujung Water Palace is strategically located in the coastal side, south part of Karangasem town and founding a lot of wellspring around the area. If seen from the history aspect, most of all omissions from Karangasem Empire both for Lombok Island and also exist in Bali, altogether area consisted by the pool and Gili building which is exist in the middle of pool like Mayura and Narmada Park which are existing in west part of Lombok Island. We can say that this Ujung Water Palace as a mascot of tourist destinations in east part of Bali because Sukasada Park has been recognized until foreign countries since twenty's year and more famous again in the year of thirtieth when all foreign tourist start to pay a visit to Bali. King of Karangasem I Gusti Bagus Jelantik who is known as Anak Agung Anglurah Ketut Karangasem is a Statesman, Man of letters as well as an architect. He has created a lot of building not even in the form of park but he also done some building which are exist in Puri Agung Karangasem (Karangasem Palace) like gateway which is looking like pagoda.