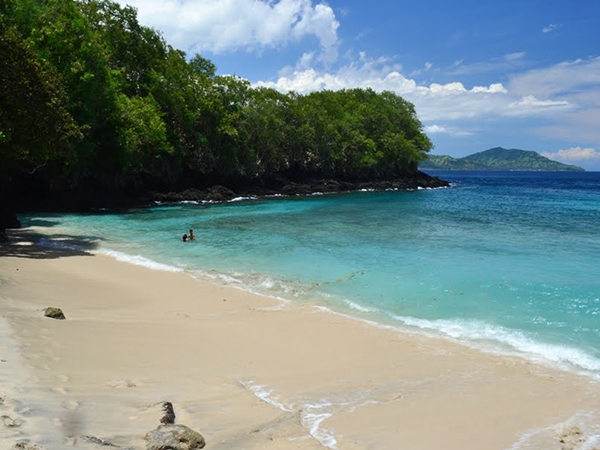 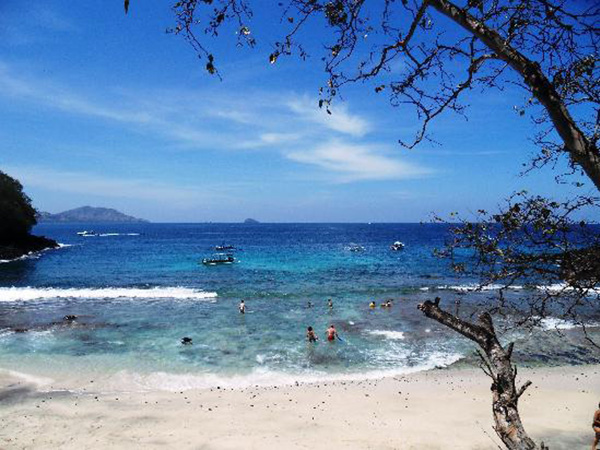 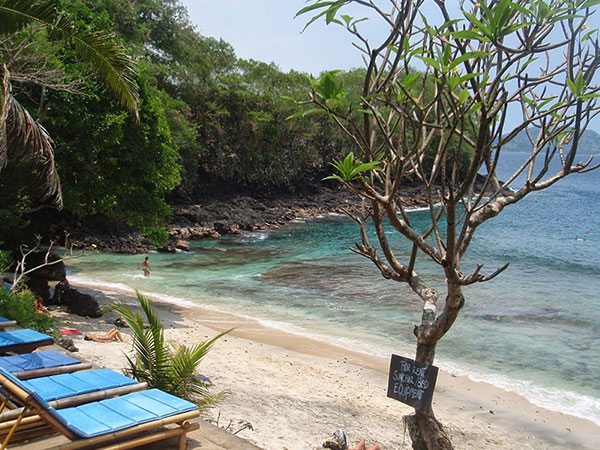 is on the east side of Bali and it took us about 1.5 hours from Kuta just to drive there. But the beach was worth it - it was like a hidden paradise. Bloo Lagoon Beach is clean and water is quite sheer so it's easy to see what's underneath. Another good thing, there are not many people there Bloo Lagoon Beach located approximately one hour and a half from Denpasar International Airport, Padangbai is a busy port where most people take the ferry to/from Lombok and onwards to the Gilis, Komodo Islands and Flores. With its beautiful setting, small, unspoiled village feel, it must qualify as one of the most attractive port towns in the world. At the northern end of the town sits the eleventh century Pura Silayukti Temple and just beyond it lies the Blue Lagoon, a small white sand beach great for snorkeling, diving and relaxing in the local warungs.

Known as an underwater paradise, the water is warm and the marine life is abundant. You may well see clouds of ultraviolet fish daubed with splashes of luminous orange, followed by shoals of black fish with tails shaped like the head of a spanner, you might even see a fish in a leopard-print coat, and if you look carefully, you will notice cleverly camouflaged creatures hiding in the reef crevices. The coastline borders a coral garden where you can snorkel among psychedelic fish. Padangbai is a major harbour for ferries to Lombok as well as for smaller boats to Nusa Penida. It is a very picturesque village, with semi-circular hills surrounding a sparkling blue bay. It is also home to a famous temple, Pura Silayukti, where the Buddhist sage Mpu Kuturan is said to have lived in the 11th century.. There is good snorkeling in the bay, though the snorkeling at the Bloo Lagoon or White Sand Beach is much better. Beware of the current and remember basic safety rules, such as never to snorkel alone and not to swim to far off in a place that you do not know.