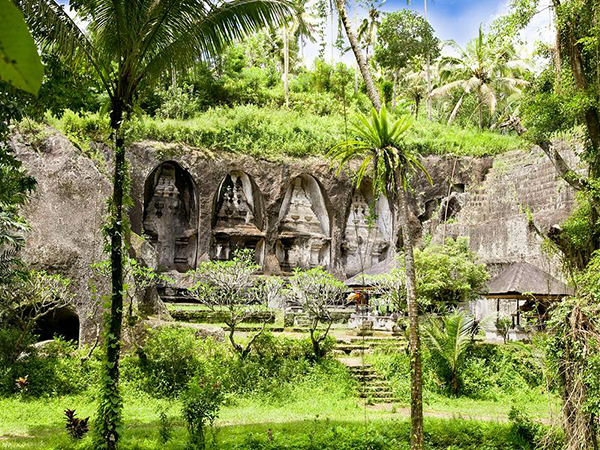 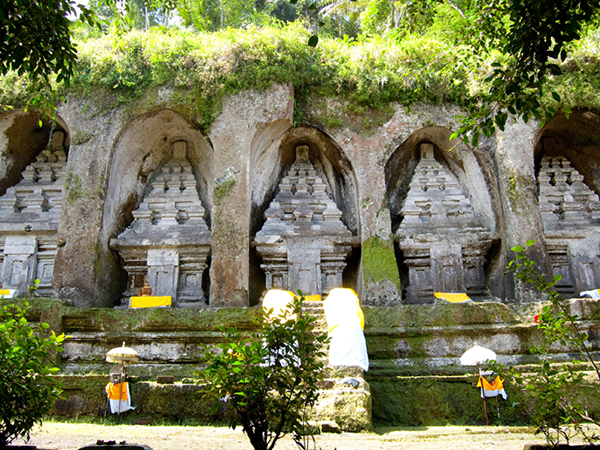 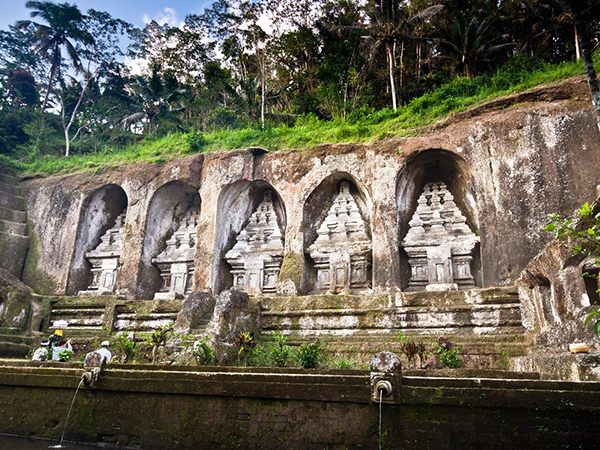 Gunung Kawi Temple is located near Tampak Siring village, around 5 km from well known Tirta Empul Temple. The location is around 1.5 hours from Denpasar, city, 2 hours from Kuta, and from Nusa Dua. It is still one route from elephant cave temple. is an 11th-century temple complex. Gunug Kawi is an ancient rocky temple situated in Pakerisan River, near Tampaksiring village - Gianyar Regency in Bali. This archaeological complex is carved out of the living rock, dating back to 11th century. The temple with majesty and richness in history has been proposed by Governor of Bali to be listed on the World Heritage Sites.

Gunung Kawi Temple is two rows of ancient royal tombs on the banks of the Pakerisan River deep in a ravine overlooked by terraced rice-fields. The holy Pakersian River flows through the centre of Gunung Kawi cutting the site into two separate sections with a bridge to connect one side to the other. It is believed the holy waters of the Pakerisan sanctify Gunung Kawi, and the beauty of the place evokes a relaxing and peaceful atmosphere.

Pura Pusering Jagat, Gunung Kawi Temple, and tampak siring temple. This area preserves many ancient sites, stone sculptures and rock cut structures, especially along the slope of Pakerisan river. The site of Gunung Kawi Temple is reachable only by foot from the parking area, passing elevating slope of the river with more then 100 steps down and up the river. It is just after the village of Pejeng, a village full with ancient remains of ancient stone sculptures, and even the oldest historical fact on Buddhism is found also around this village.