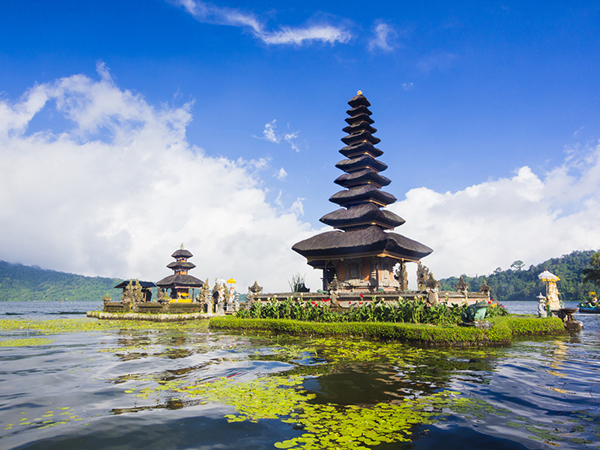 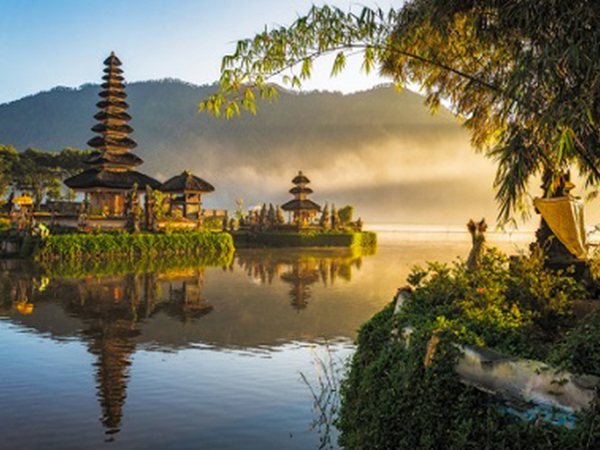 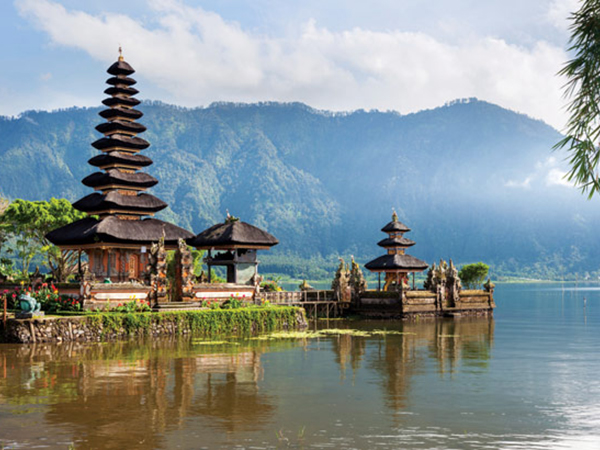 The located is Bedugul village , Tabanan district ( middle of bali). Around 2 hours fro denpasar. Ulun Danu Temple lies by the western banks of Lake Bratan in the Bedugul Highlands at a level of 1239m, is one of the most picturesque and most photographed temples in Bali. Ulun Danu is inside the caldera of the now extinct volcano Gunung Catur. It is one of the main sources of irrigation in the Balinese highlands, and so the temple is dedicated to Dewi Danu, the lake goddess. sight and cool atmosphere of the Bali uplands have made the lake and this temple a favourite sightseeing and recreational spot as well as a frequently photographed site.

The ‘floating’ temple complex is comprised of four groups of shrines, including the prominent Lingga Petak shrine to its east. There are four gates facing each of the four points of the compass.

The temple ceremony which is executed every six-month (210 days) that on Anggara (Tuesday) Kliwon Julungwangi (Base on Balinese Hindu calendar). Every 12 months (420 days) is executed by the bigger ceremony from the ordinary ceremony, so-called Piodalan Agung